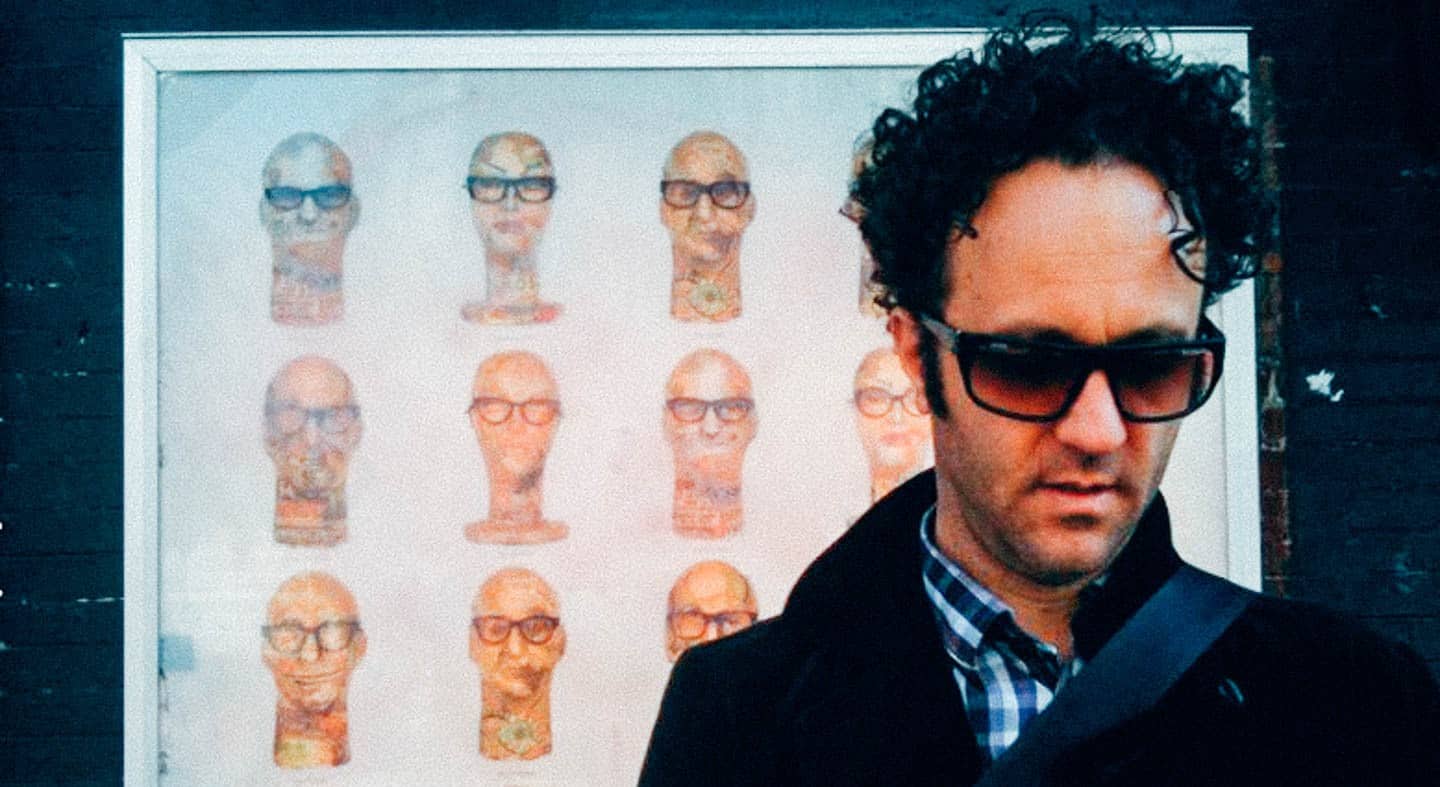 This week’s Københavnersnude doesn’t actually live in Copenhagen but as a long-standing friend of LoveCopenhagen, we can safely say that Alex Maiolo knows more about Copenhagen than most natives. He lives in North Carolina in the US where he works as a music and culture journalist, musician, and recordist. He is part of a classic synth duo called TRIPLE X SNAXXX, plays guitar in a Psych Rock band called Lacy Jags, and has a small record label called Moroderik Musik. He lives to travel and considers himself a citizen of the world and wants nothing more than to eat his way around the globe. Even though he’s never lived here, he considers Copenhagen as his second home, and last December marked his 35th trip here.

LoveCopenhagen: What are you working on at the moment?
Alex Maiolo: I’m part of a project called Themes For Great Cities, with Erki Pärnoja and Jonas Kaarnaments, two Estonian artists I adore, and my friend Jonas Bjerre of Mew. The short explanation is we use sounds of cities in a musical way, both upfront, and behind the scenes, in ways that aren’t always obvious. The idea is to celebrate fantastic cities with a musical love letter, favoring ones that don’t get enough press. More Köln, less Los Angeles. We premiered it at Tallinn Music Week this past September. The incomparable Alyona Movko-Mägi did the visuals. The President of the country was in the audience – no pressure, right? We’re pressing it to vinyl, and looking at other cities for the next one.  Københaven would be a dream location. I’m also collaborating on a residency at the rebranded Rust. If you haven’t seen the new décor in there, well… wow. 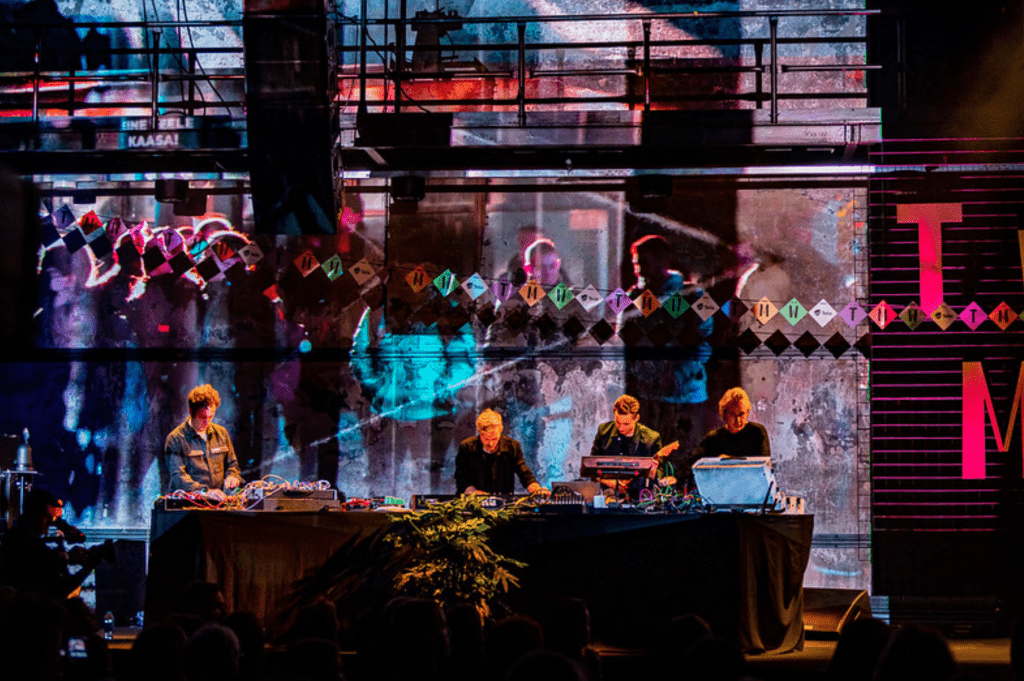 LoveCopenhagen: Where do you live?
Alex Maiolo: When there is no plague it feels like I’m in KBH every other day. I know a lot of people think I live there. I even purchased an old Jensen bike to keep in Nørrebro. I once described the significance of this to a fellow American as “I’m not yet married to Copenhagen, but I’m pretty sure this means we’re engaged.”

I live in the Chapel Hill/Carrboro area of North Carolina, in the U.S. It’s a classic university town with extremely progressive politics. It’s pedestrian and bike-friendly. About as Nordic as the U.S. gets, though our summers are brutally hot. 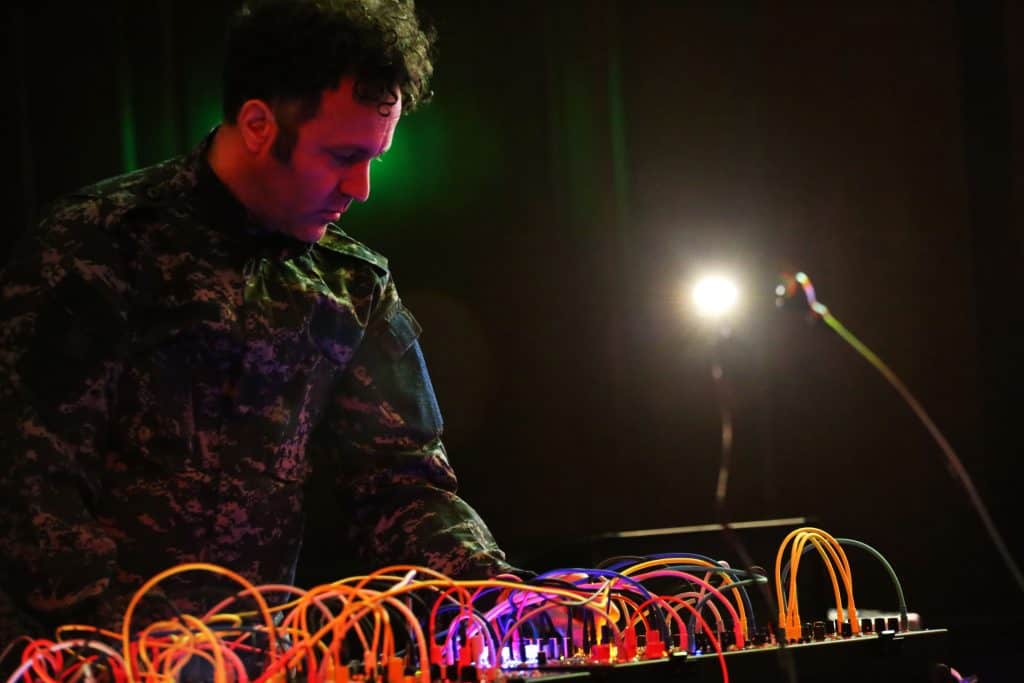 LoveCopenhagen: Where in Copenhagen do you go for a walk?
Alex Maiolo: As with most things KBH how do I choose just one? It’s like picking a favorite child. It’s so cool how easily you can bike out to Nordhavnstippen or Kalvebod Fælled with a picnic, and then hike around the area. I can’t believe Amager Strand is right there for y’all to use. I’m gonna go classic, though, and pick The Lakes. When I walk around them I feel like I’m home. At night I get the bonus of watching a neon hen lay a “frisk æg”.

LoveCopenhagen: Where do you drink coffee in Copenhagen?
Alex Maiolo: As many places as possible. Being from a coffee town, I’m less concerned about getting some 500dkk cup made from beans that have been through the digestive tract of Asian Palm Civet, and more into the ambiance. The Mudhoney is practically my office, and I can get a Koldskål milkshake as a sidecar. The guy who runs Zaggis Cafe is one of the kindest people in the city, and the coffee is a bargain, in a city where few things are. Each KBH trip requires a duck confit sandwich from Ma Poule at Torvehallerne, so at some point, I’ll go to Coffee Collective and randomly run into 17 friends who are out doing errands. If I have nothing but time I usually end up on Værnedamsvej, somewhere.

LoveCopenhagen: Where do you eat?
Alex Maiolo: Each trip I try a new hyped place that has been vetted by a trusted friend, but I also have to enjoy some classics. Jeg taler lidt dansk, men jeg siger altid, at mit “dansk er lort.” For a while I would mention how “jeg elsker den gamle mad.” Danes are so polite it was a year before someone said “I’m pretty sure you don’t like old food but rather ‘gammeldags mad.’” Anyway, I love that stuff, Sundby Sejlklub Restaurant is like taking a trip back to 1975 and the food is nice too. Harry’s Place is such a cool experience. I mean you’re eating in a tin can by Nørrebro Station. People should know that Kiin Kiin offers a seven-course tasting menu for 650dkk and it’s mind-blowing. Kamilla Seidler’s Restaurant Lola is creative, fantastic, in a super location, and has a social focus. I can’t wait to go back.

LoveCopenhagen: Where do you get inspired?
Alex Maiolo: This may sound like an applause line, but the entire city inspires me. I’ve never felt so at home in any other location on earth. Roskilde’s ineffable “Orange Feeling” is a very real thing, but I also experience a version of that just being in KBH. I often come up with my best ideas merely being in Copenhagen. 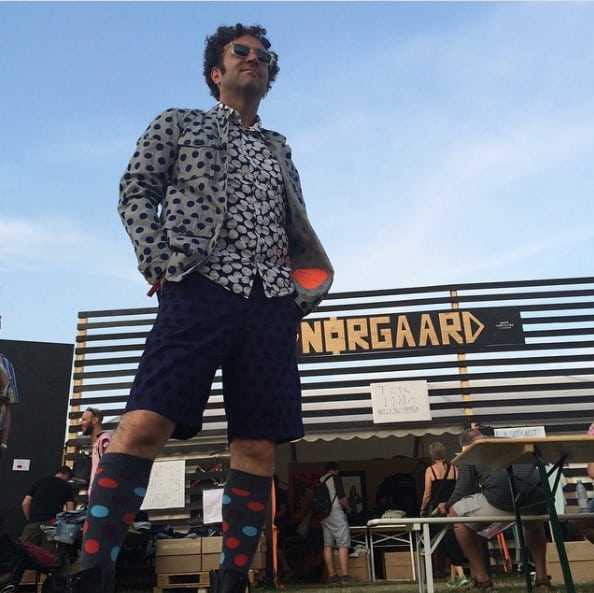 LoveCopenhagen: Where do you party?
Alex Maiolo: I’m more of a rock club person than a “oonce-oonce-oonce-oonce” dance club guy, so partying often revolves around live music. Stengade will always have my heart, especially with Drone gone. Any floor of Vega is such a beautiful place to see a show, and Loppen is such a treasure. Bodegas, and places like Floss are such an experience, even though I don’t smoke, which presents a challenge. I can spend entire evenings in places like Bo-Bi Bar, Jernbanecafeen, Lygtens Kro, Jaguaren, Hviids, or Vinstue 90, especially with my dear friend Jessi, who has a penchant for them too. I heard the most hyggeligt bar ever, Jeppes Badehotel, closed recently and my heart is broken. My favorite place to get smashed with friends is Kronborggade 3, which always has a great selection of music playing.

LoveCopenhagen: Where is your favourite place in Copenhagen?
Alex Maiolo: People have to know that Amager is so rad, and I’d probably live there if I moved to Copenhagen, but I feel I’m amongst my people when I’m in Nørrebro. 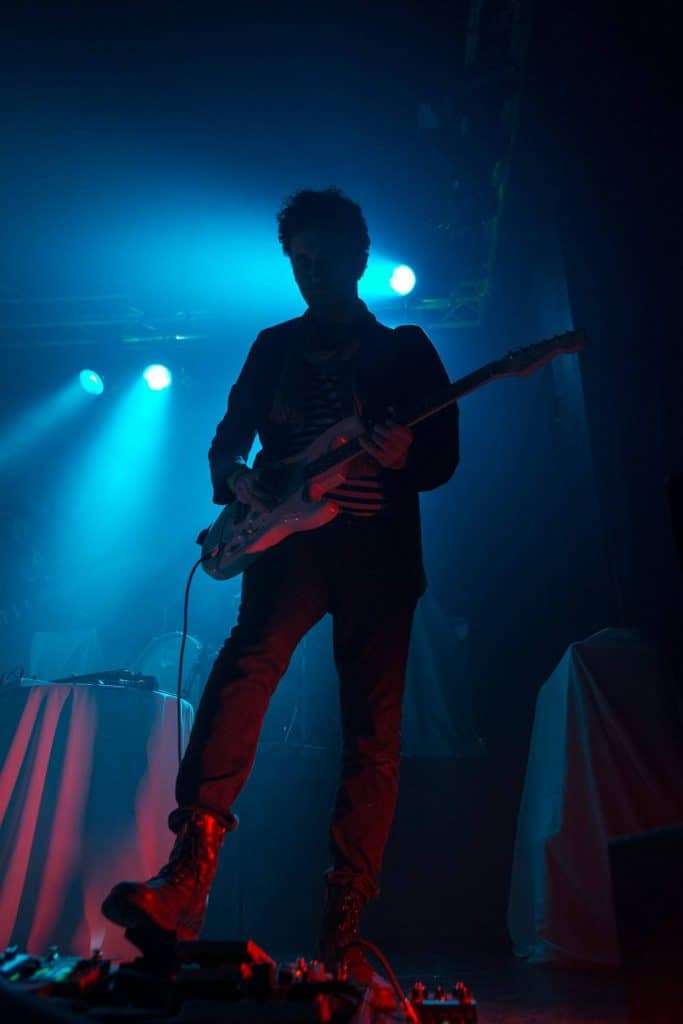 LoveCopenhagen: What is your favourite memory in Copenhagen?
Alex Maiolo: It’s so hard to choose one. Playing a modular synth set, at Alice, with my friend Jonas, as part of Crunchy Frog’s 25th anniversary, is up there. Julefrokost ’21, after being away for so long, because of the pandemic, was glorious. But I’ll pick a funny one:

I sometimes work with Trentemøller and his team. One time he and I were biking to dinner at a sake bar. I yelled “WHERE ARE WE GOING?”

He yelled back “JAH IZAKAYA!”

I know what “izakaya” means, and figured “jah” was some Japanese word I didn’t know.

“SOUNDS LIKE A JAPANESE REGGAE PLACE, HA HA” I yelled.

He responded back “IT IS!” so I thought he’d misheard me.

Sure enough, we show up and it’s a Japanese restaurant that plays Reggae and Dub music.

The food was incredible, and then his old pal, Tom Bertelsen, aka TOM And His Computer, eventually joined us. He instantly became a good friend, and still is. So we’re, like, 20 liters of sake into the night and Trentemøller says “wow, Laid Back just walked in!” I was surprised that he was such a big fan of the “Sunshine Reggae” guys, but he and Tom told me they had also done “White Horse.” I had no idea this classic song I’d known for 40 years was by Danes. We went to Tom’s studio with a bag of Tuborgs and had a long, drunken, late-night gear nerd chat. I unlocked Denmark Level 5 by successfully biking home when I shouldn’t have even been walking. I do not endorse this.

LoveCopenhagen: What is your recommendation for the best day in Copenhagen?
Alex Maiolo: OK, if you’re gonna roll with me, and we only have one day, we’re gonna eat, drink, and bike – a lot. We’ll meet in the morning at Andersen & Maillard, grab a pastry and coffee, then walk across the street to Assistens, aka Kierkegaard’s Kirkegård, for a stroll.

To the bikes! For a ride along The Lakes, through Vesterbro, across Cykelslangen, taking a right, biking around the kolonihaver across from Sydhavnen. Then back along the water at Islands Brygge, over Cirkelbroen, across Inderhavnsbroen, dodging the tourists in Nyhavn, and over to the cobblestone streets of Indre By, to Husmanns Vinstue for lunch. There’s nothing like the excellent service you get from the legendary good cop/bad cop team of John and Johnni. If I had to pick a last meal on earth it very well might be Julefrokost there. Next, to Designmuseum Denmark to spend a couple of hours, then off to meet friends at Kongens Have. Not a lot of room for a snack, but we’ll try for coffee and a tiny bite at Conditori La Glace. Over to Elmegade to see if there is anything I need to buy, then to start the dignified bar crawl part of our day, at Søernes Ølbar, to take an artisan beer in their cosy cellar. Next, a quick stop at one of my favorite bars in town, Dronning Louises Bro, for a Tuborg en plein air. Back on the bikes for a good ride out to Refshaleøen, and a little time by the water, with a sour beer at Mikkeller Baghaven. On to La Banchina for a very light meal, some natural wine, and perhaps a swim or sauna. After toweling off, it’s over to Whammy Bar to meet friends for excellent cocktails. Then a long bike ride over to the elegant Library Bar, at The Copenhagen Plaza Hotel, before it closes. Onward to Sønder Boulevard to end the evening at Rbabarrab or Dyrehaven. Rather than staying out until 4am, eating cheese toast in a bodega, the hangover preventative last bite will either be a kebab or flæskesteg sandwich from Isted Grill. 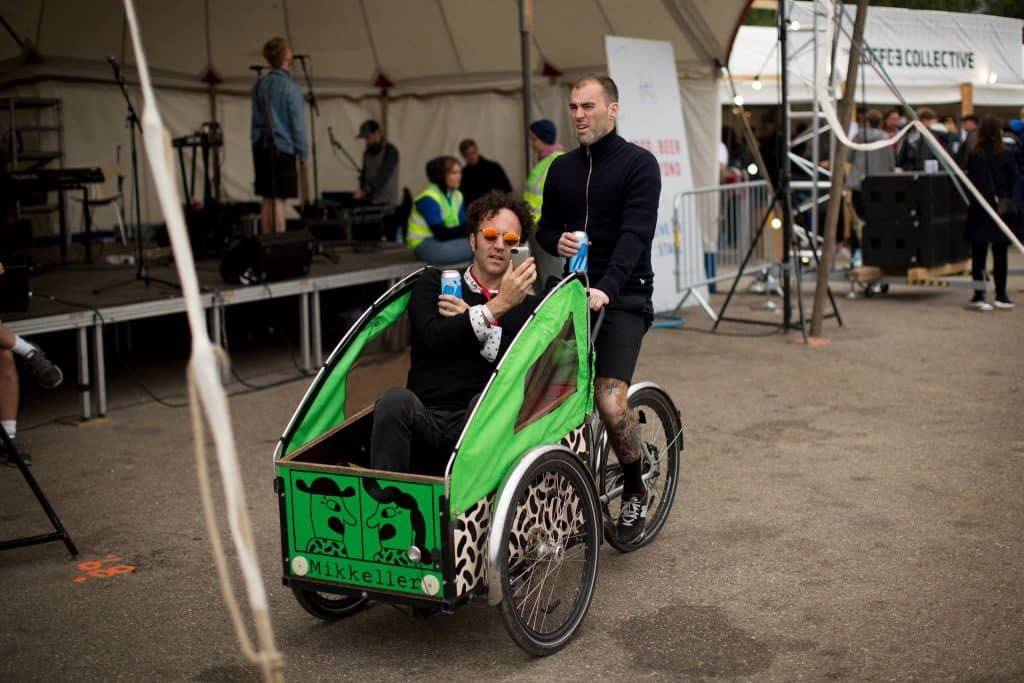 LoveCopenhagen: Even though Copenhagen is fantastic – if could you add one thing that you think the city is missing what would that be?
Alex Maiolo: Now that the metro is sorted out, not much!

Like a lot of Europe, the city doesn’t have truly great Chinese food. I’ve had what passes for it, and it’s not as good as it could be. When Danes come to visit me and I take them for authentic Szechuan they can’t believe it. So something simple and authentic, but also something inspired like Kiin Kiin is to Thai. If someone opened a late-night burrito place it would be like printing money. None of this matters to me, though, because I’m in it for smørrebrod and shawarma.

LoveCopenhagen: What is your soundtrack to Copenhagen?

Alex Maiolo: I’ll go one further and make a playlist:

Thank you so much for sharing your Copenhagen with us Alex! We can’t wait to see you again when you’re in town. 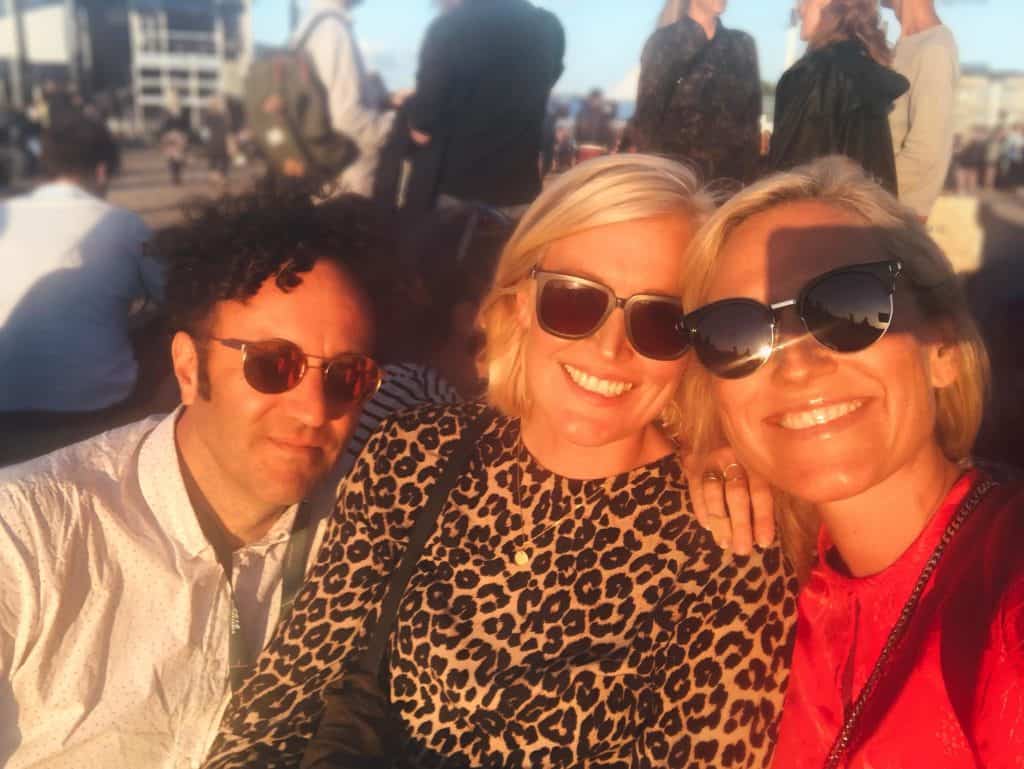 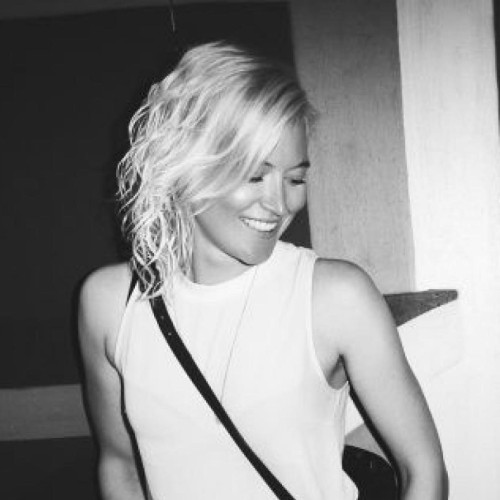 Weekend i København by LoveCopenhagen #48